Burning Ground is an award-winning historical fiction & time-travel saga that takes our protagonist (Graham Davidson) back to 1871 Yellowstone – one year before it became America’s first national park. He is faced with the perils of the unexplored wilderness while falling in love with Makawee, a Beautiful Crow woman.

Fatal Ground is Book 2 of the Frontier Traveler series. It follows Graham as he struggles to adapt to life in 1872 Montana. His dreams of marrying Makawee are dashed when he has to compete with another man for her hand. When Graham joins the army as a scout in 1876, he is soon headed with the cavalry to the Little Bighorn Valley.

Watch the 30-second book trailer below or enjoy some informative facts about one of our national treasures, Yellowstone National Park, under the “Yellowstone Past & Present” menu tab.

Does time heal all wounds? Or do some last forever?

Pennsylvania, 1971: Graham Davidson is a young man with survivor’s guilt after the death of three siblings.

Estranged from his father and seeking a direction in his life, Graham learns about vision quests from a Crow Indian. He secures seasonal employment in Yellowstone National Park and embarks on a spiritual journey.

Wyoming Territory, 1871: Under a full moon at a sacred thermal area, Graham finds himself in Yellowstone a century earlier – one year before it was established as a national park. He joins the Hayden Expedition which was commissioned to explore the region.

Although a military escort provides protection for the explorers, the cavalry’s notorious lieutenant threatens Graham. His perilous journey through the future park is marred by a horrific tragedy in a geyser basin, a grizzly bear attack, and an encounter with hostile Blackfeet Indians.

Graham falls in love with Makawee, a beautiful Crow woman who serves as a guide. As the expedition nears its conclusion, Graham is faced with an agonizing decision.

Does he stay in the previous century with the woman he loves or travel back to the future?

If you like the historical time travel adventure of Outlander or enjoyed the movie Dances with Wolves, then you’ll love Burning Ground!

“There are many sacred places where the spirits are active. One of these is Yellowstone, a place we call Land of Burning Ground.”

He pulled Makawee close, kissing her long and hard while wishing the storm outside would last forever.

He needed a purpose, and he wasn’t waiting for someone to tell him the road he must choose. His road headed west.

Large blisters were forming on his shins and toes. Foley continued to shriek and moan, violently turning his head from side to side in abject pain.

“We need to be discreet. He must not know about any of our conversations.”

They peeled Graham’s frozen, clenched hands from the oars and dragged him over the edge of the boat.

A loud snorting sound wakened Graham from his stupor. He jumped to his feet when he spied a shaggy bison pawing the ground near the belching spring.

The rain could not dampen the flame flickering in his heart.

He trudged to the creek and knelt to wash his hands. His reflection revealed a face flecked with grime and blood.

There was only one option to save the drowning man. He quickly unlaced his boots and yanked them off, then ripped off his jacket.

The latest news, events, and blog. 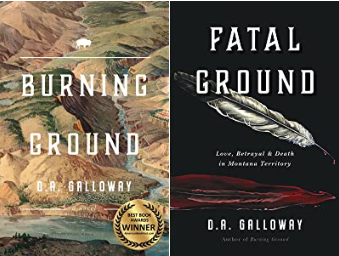 Interview about the Frontier Traveler series 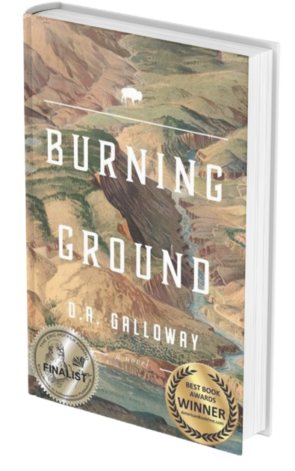 I am humbled and gratified that Burning Ground, my historical fiction novel set in 1871 Yellowstone, was recently… 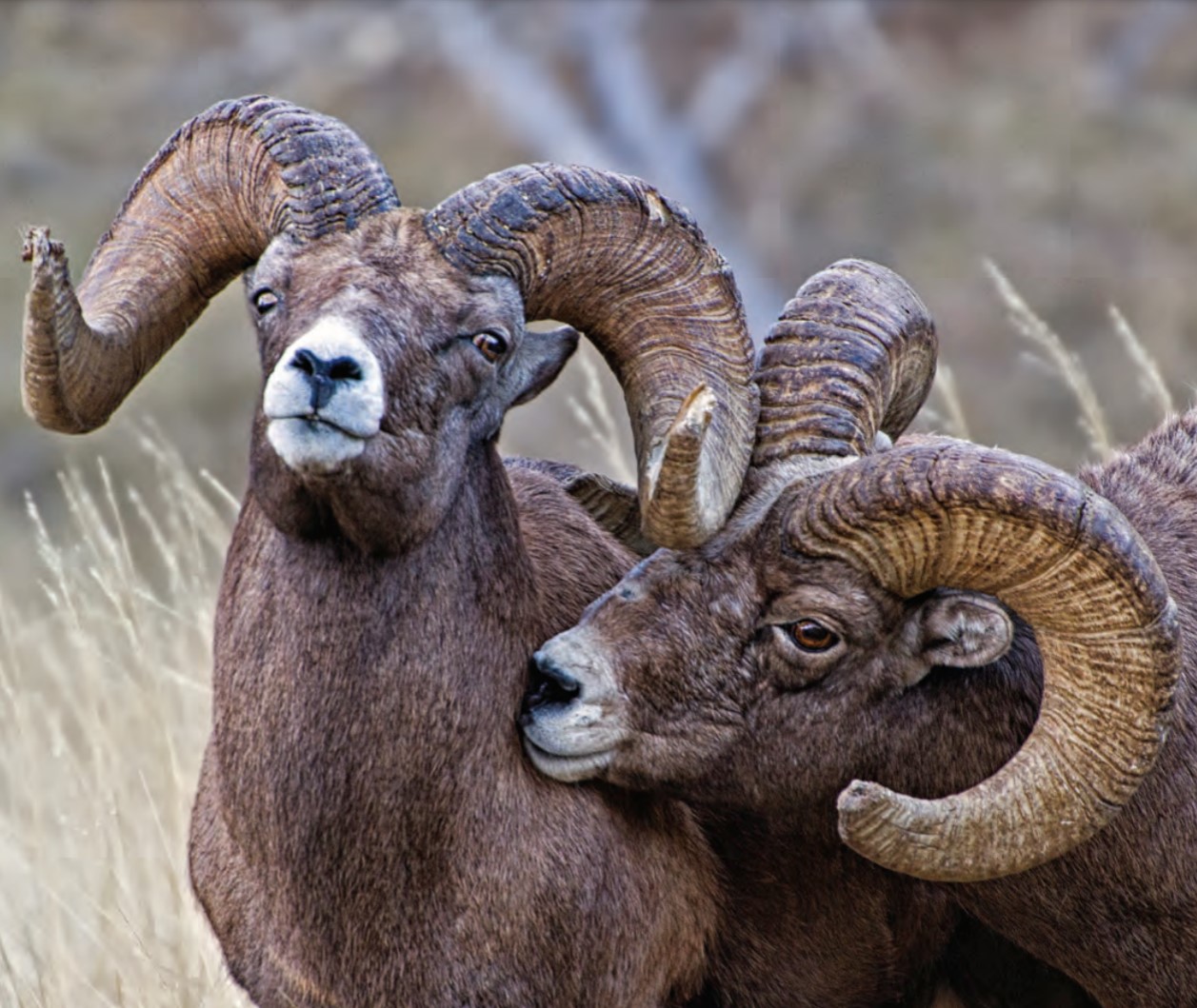 Click on the link to listen to D.A. Galloway interviewed on My Country 95.5 radio in Casper,…

Copyright 2023 D.A. Galloway. All Rights Reserved. Site Designed and Maintained by Day Agency
Back To Top